In therapy, as in life, it is essential to remember that each individual and each relationship is unique. Each story is special. There is no magic bullet, no ‘one size fits all approach’. That being said, there are some common issues which bring couples to counseling. One is intimacy, which I touched on in my last blog. Another is communication. One partner will say the other doesn’t listen. Another partner will say the other is always nagging or critical. Often it is simply, “We just don’t communicate.”

There is writing galore on the topic of communication. Many writers are talented, experienced, and have completed extensive research. There are well determined guidelines and subtleties to effective communication. That being said, there are two guidelines (or rules if you prefer) which have to be in place before any other expert advice can have an impact. First, be certain you are having the right conversation. Second, make sure you are having that conversation with the right person. What do I mean by having the right conversation? This can best be explained with an example of a wrong conversation.

My client, who we will call Penny, is angry at her husband most of the time. She is angry because he does not help enough around the house. Over and over arguments occur as a result of his apparent inability to see the stack of dirty dishes in the sink or the very full trash can. She repeatedly brings up the fact that he was spoiled by a stay-at-home mom. The trash is taken out and the dishes get done once. Next week things are back to normal and she is ‘doing it all’. Penny objects to the idea of getting a cleaning service, stating that she shouldn’t have to. Her husband should help. She is not generally a controlling person. Why is she so intent on making him submit? Why does he resist helping no matter how many arguments they have? The words she says fit together and describe reality, but are not heard because they do not carry truth.

When Penny found the truth of her feelings, she began the journey of having the right conversation. She began talking about not being heard and not being cared for. She realized that when her husband did not respond appropriately she felt dismissed and therefore unimportant. She told him how he was making her feel. Closer but not quite right. She was speaking with the wrong person. If that conversation was to be had, it needed to take place between Penny and her mother.

Penny’s mom was the epitome of extreme productivity (see blog dated 9/22/14). She had career, family, social life, and intellectual endeavors. Unfortunately, she was so productive there was very little time for connection. When Penny made attempts to share feelings and events, which children need to share with parents, there was never time. So many things were more important. Therefore she learned as a child how to be unimportant. Penny has not had this conversation with her mom and I have not recommended it. Lots more work to do and it might never be time. 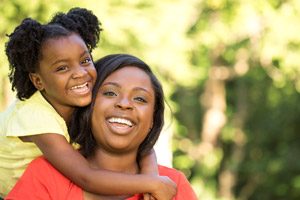 However, the right conversation has begun to happen between Penny and her husband. She understands that he is not making her feel unimportant. Rather, their interactions are triggering feelings which have their origin in her childhood. This has also led to Husband working on what is triggered in him when he has the sense that someone is attempting to control him. Clearly he does not object to helping Penny. What is he really resisting? That is fodder for another blog.

What a joy to work with my clients, learning along with them!