Back To All Blogs
Addictions
By: Javan
Addiction | Anxiety | Depression
March 22, 2015 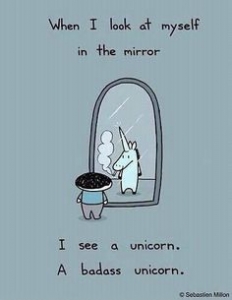 If you have a brain, then you have the required tool to become addicted. Addicted people are not physically different from non-addicted people. Distorted thoughts cause misleading logic; two of the confounding attributes of the addicted brain. It is the contradiction in thinking that creates the looping thoughts, which has become the brain’s normal function, hence the prison of addiction. Illogical thinking also causes challenges in life with others, loss of relationships and financial stability. this is distortion of thought or distorted thinking.

Distorted thinking comes from brain chemistry, allowing for irrational logic, distorted thinking, and mood swings. This is how cyclical thoughts become trappings for the addicted person. The brain is consumed with chemicals that create the emotional reality because it is off balance. Levels of anxiety, fear, shame, worry, anger, joy, happiness, are all triggered in a way that do not reflect reality, but instead reflect emotional reactionsinformation from the brain to its host says that life is as it is being experienced. Looping thoughts are an example of such imbalance. Repeated or ritualistic behaviors are the expression of looping thoughts. 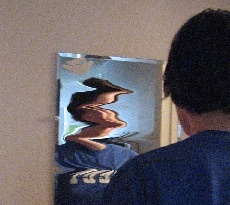 An example of distorted thinking: “I know I can stop, but I just have to do it on my own.” “I thought I could stop, but I was with friends and drank again.” “It sounds baaad, but this isn’t how I want to be or what I want to be doing, but I’m not an addict?” Or, “I don’t want this in my life, but it’s the life I’ve created.” The inability to recognize that a person who cannot predict the outcome of their choices and behaviors is in denial of an addiction. One cannot be in a state of certainty and uncertainty about what is and what cannot be…..Dr. Twerski, leading expert on addictions, provides a wonderful, simple understanding of distorted thinking processes in his book, Addictive Thinking: Understanding Self-Deception:

To understand more fully what we are talking about when we use the term distortion of thought, let’s look at an extreme example of it, the system of thinking used by a schizophrenic person. As absurd as a particular distorted thought may be to a healthy person, it may make perfect sense to a schizophrenic. Therapists familiar with paranoid schizophrenic patients who have delusions of grandeur know how futile it is trying to convince a patient that he or she is not the Messiah or the victim of worldwide conspiracy. The therapist and the patient are operating on two totally different wavelengths, with two completely different rules of thought. Normal thinking is as absurd to a schizophrenic as schizophrenic thinking is to a healthy person. A typical schizophrenic’s adjustment to life in a normal society can be described in terms of a baseball manager who orders the team to punt or a football coach who calls for stealing a base. Schizophrenic people do not realize that their thinking processes are different from the thinking processes of most other people. They can’t see why others refuse to recognize them as the Messiah or the victim of a worldwide conspiracy. Still, many people, some therapists included, may argue with a schizophrenic person and then become frustrated when the person fails to see the validity of their arguments. But this is like asking a color-blind person to distinguish colors. (Twerski, 1997) 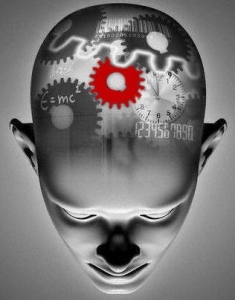 It’s important to understand how the brain has been encouraged, groomed, and styled around relieving stress and managing emotions and thoughts with an addiction instead of sobriety. Looping thoughts co-exist with emotional cycles of shame, anxiety, abandonment, and relief seeking. These are the emotional “drivers” that assist the looping thoughts, making the addiction concretely set into the brain. Addictions to emotions are created, such as rage, anger, self-loathing, pleasure seeking, which makes thinking challenging. That is why the addict is unable to stop addiction on their own. The illness is in the brain itself, the organ used for thought processing. Abnormal brain state simply does not allow for normal brain function. The misleading logic attempts to defend against anything that tries to end the addiction. Addictions to pornography, approval seeking, pain killing, numbing, sex, relationships, cleanliness, social media, substances, etc., are all the expression of such addictive thinking. Removing the expression does not cure or heal the addiction. The brain is simply left in its raw state of addictive, distorted thinking. The healing comes from a holistic approach of mental health, medication, emotional support, and physical health.