Back To All Blogs
INTIMACY…What is it? Where did it go?
By: Karen
Marriage | Uncategorized
November 8, 2014

One definition of intimacy is ‘a close, familiar, and usually affectionate or loving personal relationship’. Another definition is ‘sexual intercourse’. The separate nature of these definitions mirrors an issue which enters the counseling room. 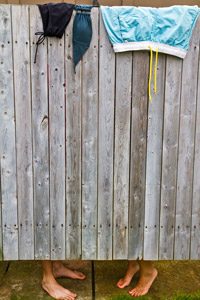 Couples often be in therapy in search of lost intimacy. When trying to explain what is meant by intimacy, the partner who has identified it as missing will describe it as closeness and affection. The other will relate intimacy to the need for a more active sex life. So the first step is to figure out what is really missing.

Zoe Hicks, LMFT, writes about five intimacy stages in relationships. She refers to the first stage as infatuation. This is when dopamine kicks in causing the brain to imitate the state of being on heroin. This stage feels intimate. Secrets are shared and physical attraction is high. Butterflies in the stomach are not imaginary, but rather the effect of dopamine as it predicts the reward of seeing the object of infatuation. Then comes the landing stage.

Landing is when reality sets in. One of my professors explained dopamine loses its relational effect somewhere after eighteen months to two years. By then many couples have married or committed to sharing life. Butterflies slow down and conversation can change from sharing feelings to talking about the mundane. Many look at or listen to their partners and begin to wonder what caused the butterflies in the first place. This is often when the absence of intimacy becomes a shadow of an issue.

In fact this is where the opportunity for true intimacy begins. What is missing has likely never been there. It is the willingness to deeply know and be known. Simply telling our childhood secrets and dreams is not allowing ourselves to be known. It is the understanding of how the experiences, secrets and dreams of childhood have formed and shaped us,which allows us to know ourselves and be known. The catch is…this requires vulnerability and courage.

Brené Brown, Ph.D., LMSW is a researcher and speaker on topics regarding human connection. During one of her talks she defines courage. or, the Latin word for heart, is the root. She explains that courage entered the English language with the meaning ‘to tell the story of who you are with your whole heart.’ Here is the core of true intimacy. It requires not only the desire to know another person, but also the willingness and courage to be known. This is the missing element in many relationships. 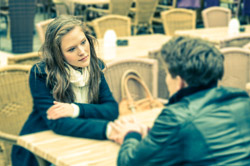 Therapist Terrence Real calls the day you wake up and say you married the wrong person ‘the first day of your real marriage’. We do not marry the wrong person. We marry the person who will give us the opportunity to learn about ourselves and to be vulnerable to sharing that knowledge. Having the courage to take advantage of this opportunity can and will lead to the gift of true intimacy.

Some couples are lucky (or courageous) enough to enter into therapy during the landing stage. Others wait until the pain has become excruciating and there seems no other choice available. Many come for help at some point in between. No matter where clients are on this continuum, it is always an honor and a joy to work with them as they move toward their truth which exists in intimacy.

I continue to thank God for the opportunity to work with clients as we all move toward healing and wholeness.