Back To All Blogs
Is Criticism Effective In Creating Change?
By: Javan
Communication | Marriage
January 7, 2020 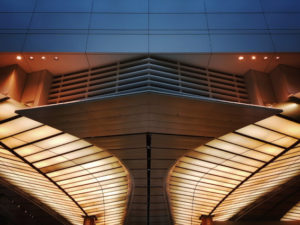 Why is feedback or criticism perceived as negative?

The awareness or observation we express about someone else’s behavior being a mistake or maladaptive is simply an opinion based on the observer. An opinion is not fact and is able to be reversely judged and critiqued. Informing someone of their “mistake” is tricky when the past has shown us that this information may not be received well. This is why criticism tends to lead to less or lack of change. What’s in it for the recipient other than hearing negative commentary?

Since we know that negative or critical communication is ineffective in changing behavior, why would we continue? Because you might be feeling desperate for change! Sharing in a humble and vulnerable manner that is non-judgmental, or not opinionated CAN encourage change. In addition, learn to notice positive behaviors and make it a point to speak to those behaviors to build trust and rapport.

Why would I work harder?

Making a change to notice positivity, no matter how small, is effective in building encouragement and reducing negative reactivity or defensiveness. When we work harder on our delivery, we can increase the opportunity to gain the change we need from others. In light of challenging moments, noticing what someone does well or to your liking informs the person about your relationship . . . such as caring, liking, loving, appreciation, gratitude, etc.

Constructive criticism can be shaming when people are already feeling negativity or unliked. A healthy human need is to have the ability to share  that something is going wrong or contrary to what we need. The Gottmans were able to research couples and found that regular focus on what their spouses or children were doing well resulted in effective teaching or changing behaviors. The research concluded that constructive criticism wasn’t nearly as effective in teaching about the unwanted behavior. Criticism can cause defensiveness which is why it isn’t effective. Consistent honest appreciation makes room for behavioral change requests. Appreciation builds confidence and courage to trust in a relationship.